September 11, 2011 marks the 10th anniversary of the devastating attacks that forever changed the course of American history.  Our members reflect on the impact  that day had on them both  personally and professionally.  Patty Viers is vice chair of AFGE’s DEFCON, chair of the Defense Logistics Agency Caucus and president of Local 1148. On the morning of Sept. 11, Patty was vice president of the local representing DLA employees in Columbus, Ohio.

On Sept 11, 2001, I was headed into what would be one of the last partnership meetings with management officials after President Bush rescinded the Clinton-era Executive Order 12871 establishing labor-management partnerships. The televisions were on in the hallway on the way to the meeting, but I hadn’t paid any attention. Someone walked into the meeting just before nine and said a plane had hit the World Trade Center. I only slightly thought about it and imagined it was only a small private aircraft that must have experienced a problem. The meeting didn’t last long and by the time we had gotten out of the meeting, the second plane had hit. Only then was it apparent to me that this was something more than an accident. 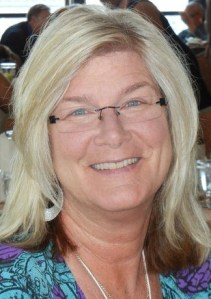 I had gone back to my desk, which had a window facing Port Columbus Airport, but didn’t even see the parade of planes landing one right after the other. I headed to the union office, which was overloaded with bargaining unit employees who were upset and scared. The president of the Local, George Parks, and I immediately went to the Command Center in our building to consult with the Command Staff about what they knew and what to do with respect to the panic in the building, but the doors were locked down tight! We had 2,000 employees in the DLA building and represented more than 2,000 employees in the DFAS building across the street. We were able to meet with Command Staff immediately in DFAS and we were informed the entire base was evacuating immediately but in an orderly fashion. When employees were released, we were informed to report the next day but to expect stringent security standards in place.

How has life changed for federal employees since 9/11? Later in the day, after going home and being bombarded on every station with the horror of 9/11, I remember going outside and sitting on my front porch. It was a magnificently beautiful day but eerily quiet — no air traffic, no street traffic, everyone paralyzed. I knew in my heart my life had suddenly changed but I didn’t realize how much. Federal employees in the Department of Defense would be targeted by the administration to strip away their union rights in the name of national security, which I took as a personal assault. I was a union representative before the attacks, and neither I nor any of my colleagues or fellow federal employees did anything to contribute to terrorism. In fact, we were true and patriotic to our country. We enjoyed a measure of respect from Americans as we are and were the front-line civilians supporting the war on terrorism. Suddenly our enemy wasn’t a country but a movement, Al-Qaeda, something that couldn’t be pointed to on a map, and how would we fight that enemy? We were excellent in Desert Storm, a conventional enemy, but this was different. We applied new strategies, we followed our leaders, we did our jobs, we protected America. We fought off the National Security Personnel System labor relations system by suing the administration, and finally got NSPS repealed by the Obama administration.

But the more things change, the more they stay the same. Federal employees and their unions are under unprecedented attacks by Republicans and being used as hostages for the budget, much as we were in the 90’s under the Gingrich Congress. We weren’t terrorists during the NSPS era, and we aren’t responsible for the debt crisis now. America wanted us there during the national crisis of 9/11, but to thank us, the Republicans have painted a huge, undeserved target on our backs. Yet we will continue to go to work each day, continue to be loyal and true to our government, and continue to provide protection and safety to our country and to Americans every day.

a blog for AFGE's members and employees to communicate their opinions in a forum with each other
View all posts by Union Blog →
This entry was posted in 9/11 and tagged Columbus Ohio, Defense Logistics Agency. Bookmark the permalink.