September 11, 2011 marks the 10th anniversary of the devastating attacks that forever changed the course of American history.  Our members reflect on the impact  that day had on them both  personally and professionally. Jason Wilder was a police officer with the Memphis Police Department on that fateful day. He felt the call to service and soon joined the U.S. Marshals Service as an aviation enforcement officer. He is president of AFGE Local 2272, which is the exclusive bargaining agent for Marshals Service employees.

As we take time to reflect and ponder the significance of the events of Sept. 11, 2001, we often remember exactly what we were doing, who we were with and where we were. I was in Memphis, Tenn., where my family and I lived at the time. I was a police officer with the Memphis Police Department and had just completed a shift (10:30 p.m. – 7:30 a.m.). Shortly thereafter, the news reports started filling the air and our world was changed forever. 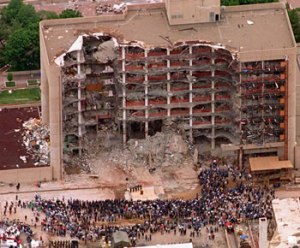 My wife at the time was scheduled to fly to Florida for a dental conference and as a surprise to her I had planned to paint the interior of our house. I remember standing in the Sherwin Williams waiting for my paint to be mixed; my wife was already heading to the airport. As the TV in the Sherwin Williams broadcast the events unfolding, I remember thinking, “She’s not going anywhere today.” I called her and told her to turn around and go home because the airport would be shut down. She balked and told me I didn’t know that for sure. As a veteran of the U.S. Navy, and having served on April 19th, 1995, when domestic terrorist Timothy McVeigh blew up the federal building in Oklahoma City, I remembered the response of our nation and I also knew several of the procedures put into place afterward. Suffice it to say, I knew what I was talking about. She returned home not an hour later. What I didn’t know was how Oklahoma would become a huge part of my life.

Shortly after 9/11, I started seeking positions in federal service because I wanted to 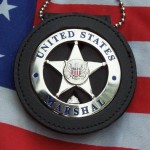 become more involved and knew I would not be returning to the military. In September of 2002 I became an Aviation Enforcement Officer with the U.S. Marshals Service, stationed in Oklahoma City. I have lived there since that time and am proud of my continued service to this great country as well as the men and women I work with. Those men and women who were working on 9/11 were immediately recalled to Oklahoma City where they loaded supplies and equipment, as federal agents began making flights to New York. Aside from the U.S. military, our unit was the only aviation traffic allowed to fly in the day following 9/11. My coworkers worked tirelessly throughout the night and day delivering supplies and equipment as well as personnel. I am most honored and proud to work next to such fine and dedicated federal employees. I believe this is one of the driving forces behind my decision to become a Unionist and try and stand up for the rights of those workers and their families.

As for the events of 9/11 and what they mean to me? These events changed my life in ways I can barely comprehend. My life as a federal employee and the lives I have touched may not have happened were it not for the disgraceful actions of the cowards who perpetrated the attacks. I will not say thank you to them, but will instead say thank you for the sacrifice made by the victims and their families for inspiring me to take action.

a blog for AFGE's members and employees to communicate their opinions in a forum with each other
View all posts by Union Blog →
This entry was posted in 9/11 and tagged marshals service, oklahoma city. Bookmark the permalink.